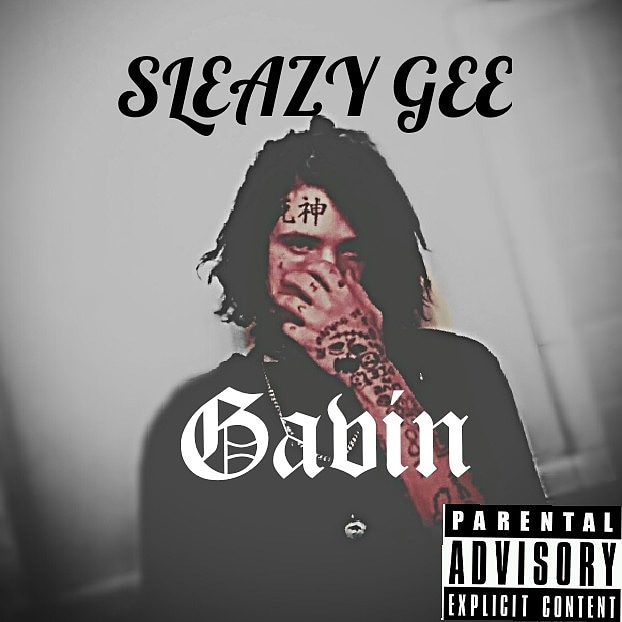 Hi Sleazy Gee, can you introduce yourself to the audience ?

Hello, I'm an underground musician, though I prefer to be called an artist from Poughkeepsie, New York.

A lot of people don't know what Trap Metal is. Can you try to define it ?

Trap Metal is a genre just beginning in its early stages. TM consists of very distorted 808s resembling electric guitars, exclusive drum patterns that replicate the standard double kick in metal music, using trap drumkits that sound similar to metroboomin. lyrical content focusing less on status and power, and more about feelings of angst pain or other intense emotions that are most commonly used in metal music. It is often misunderstood and passed off as many regular Aggressive Trap Artists(XXX/6ix 9ine) but, those types of artists dont actually hold any value to Trap Metal, just the modernization of Hip Hop. Metal has always blended with genres, and Trap metal is a new form of,keeping extreme music alive.

Can you tell us where do you come from musically speaking ? Hip Hop ? Metal ? Hardcore ? All that stuff ?

Gothic Industrial(Marilyn Manson), Hip-hop Rock(Linkin Park), Korn(Nu-Metal), and other less known Japanese Rock and Metal bands(Naitomea/The Gazette/Dir An Grey), different styles of Darker Rap like Horrorcore. I also liked some strange genres like Evil Techno and different heavy forms of dubstep which lead me to producing.

Trap Metal is very agressive and urban shit. Do you see any connections with an older genre like Horrorcore Rap (Necro, Gravediggaz, Butchers Harem...) or Indus/Hip Hop like the great Dälek ?

That depends on your roots as a rapper, and what has lead you to creating Trap Metal. I don't believe any of the people I meet doing TM would know who those artists are. Trap Metal is more connected to the death of metal concerts and the death of highschool band shows, and the uprise of Hip Hop becoming world wide. The scene is taking place where screamo/”core” bands would be 3 years ago. Meeting a majority of the underground, its a lot of pissed off young kids in highschool who want a way to have a voice that seems new and hasn't been done before. I call it the Continued Subconscious Apocolypse.

My audience is essentially into Black Metal and Extreme Metal (Grindcore, Death Metal). What can you tell them to make them curious about your sound ? (they often hate hip hop!)


My heavy TM tracks focus on my metal background. I actually have a background in metal so you will hear,my vocal style actually sounds traditional to metal, instead of just yelling. You will still find real instruments like electric guitars, bass guitars and live drum sounds to be less “simulated” and resemble metal. I also set up my drum patterns to resemble someone actually playing them to make it more comfortable for original metal listeners. I don't like to be lazy lyrically and I talk about a lot of witchcraft and de-occultizing. But like metal in my background, I write my negative thoughts out and try to have the feeling of aggression pouring out of my TM music. I always play my TM tracks for my metal head friends so I can find the proper bridge to help push metal into the Hip Hop realm and help people like this genre. They need relatability.

Horror lyrics, blood, serial killers, violence, do you think Trap Metal is a new form of Metal or a new Punk Wave ?

Yes, its the new progression. All subgenres of metal seem to sound like every other band these days, nothing new comes out. Just re written songs in slightly changed formulas that have already been done hundreds of times. This genre lets you play with so much more as an extreme genre and allows you to make a different type of vibe metal couldnt accomplish. Vice versa, there are many things unkown about Trap Metal, so its already very difficult to actually write creatively. But thats whats so cool about it is so many people are pushing for a different sound right now. No Trapmetal artist really sounds like another one. I could name you atleast 5 bands ormore in every metal genre who sound exactly like one another or “copy and paste” bands I call them these days. Eventually Trap Metal will reach this recycling point where every artists sounds like a knock off of another. It happens in every music Genre. This generation of youth is gravitating towards Trap Metal the most, second that are the people who called themselves emo last generation, often switching to this music style because it holds many of the same vibe, mystery and elements emo culture once had. 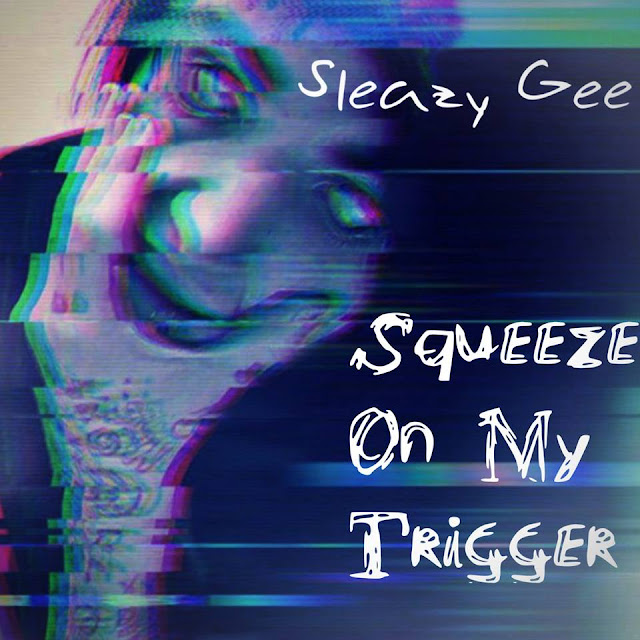 You call your music Industrial Trap Metal. Can you talk about your industrial influences ?

My industrial influences comes heavily from Marilyn Manson's 'Antichrist Superstar” album, and bands like Nine Inch Nails. The distortion I use and the synths of high metalic noises are influenced a lot 90s industrial musicians. A lot of the instumentals in Trap Metal resemble the distorted peaking sound that were big in the 90s if you listen. I feel industrial is one of the best genres to mix with Trap Metal because much is already known about it, and insutrial has already been mixed with rock/metal,countless times. Its never once been mixed with Trap until Today. I only show this influence in small bursts.

Do you think Trap Metal is going to be big ?

I believe it is going to be big in the next 10 years, but not the same way as metal or past music genres. Older music before this time dominated shows and venues, but that is becoming less and less inportant, and less doable because ticket pricing is jacked up so much. Where im from in just 4 years, 6 local venues have shut down,
and average ticket pricing is close to 25-30 dollars to see UNOFFICIAL cover bands….. Ew, Haha. This generation is dominated by cellphones, and that is where Trap Metal is coming from. I have never seen so many underground communities before, they are all scattered because we all dont know where to go as TM artists or listeners. So many have created collectives, instagram pages, youtubes, literally everywhere online. I am slowly helping discover them and connecting everyone to eachother to hopefully help be a 'grandfather’ in the birth of TM and its uprising. Once shows start being uses online, through live feeds, I predict that is gonna be the new thing, or atleast an option to help it grow. Most rappers I met through live videos. This generation is truly entirely made of phones and that plays a part into this.

About Sleazy Gee : have you any plans of albums ?

One of the particularity of the scene is that there is a lot of artists on Youtube or Soundcloud but not a lot of physical stuff. What do you think about it ?

I refer to this above about Trap becoming big. Personally, I used to tour in a band and I liked shows. I dont think shows will disappear just get harder to get into. Most people writing this music are atleast 13-17 years old. They dont have money and often write on their cellphones, even some record on their phone. Being online doing something big then blowing up will get you seen World Wide because everyone has a phone. If you do something big and blow up at a show, only the community who went to that venue will see or witness whatever it is you did. Plus streams actually do very well these days. Streams may be the answer to success these days. I think this genre needs more solid feet in the ground before it takes off in physical forms.

Talking about Physical Stuff, for me the Album « DXXM » by Scarlxrd is a real masterpiece of the genre. Do you agree ? What are your favorite releases ?

I think Scars music is very entertaining because no one does sound like him and he still interprets real instruments like guitars, plus he is very energetic and has a cool image. But I think lyrically he wont relate to metal heads because of how Hip-hop he speaks. I prefer Muppy who worked with Scar, but again i feel they fall, lyrically for metalheads. I think artists like Ghostemane and Kill Ebola and HXNJV have my favorite releases. Ghostemane i relate to with de-occultizing. And I've been watching Kill Ebola and HXNJV grow since I discovered them on instagram and reached out to pages they were involved with and,other Artists. I hope to see them get to Ghostemanes level, and i hope Ghostemane becomes more talked about because he exposes a lot of truths about the world/reality and the use of Magick, a forgotten art playing a big part in this scene.

Can you give us your Top 20 (artists or records, any time and any genre)

Not in any specific order :

What do you want to say ?

If you want to support the growth of Trap Metal, you need to be a part of it. This new generation, is all about participation because without people sharing music, looking for it, without others to listen no music gets anywhere. I see so many potentially talented musicians in this genre and the only way we can get off,our phone screens and back on those venue stages, IS YOU!
Join my Dead Kid Cult, help motivate others. Change the world with your mind. Change your mind with the world.