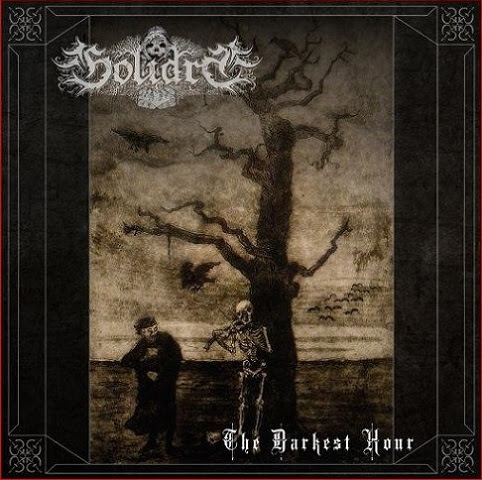 GOLIARD - THE DARKEST HOUR - THE RITUAL PRODUCTIONS 2020 Black Metal  I had already said it when I reviewed "Iconoclastic Hymns": Goliard are not appreciated at their true value! But it's not too late to make up for this infamous injustice since the band is releasing a new album, The Darkest Hour. As you can be from Medellin (like them) and not be part of any cartel, you can play Black Metal in South America without being a  Sarcofago clone. Goliard, who are celebrating their tenth anniversary here, are only reinforcing their personality from album to album. If the previous one had already greatly impressed the Scribe, what can I say about this "The Darkest Hour", which simply dazzled me.  Listening to it all is tyranny, majesty, warlike and epic attitude. A Black Metal borrowing to the classic its tuning grids to reinforce its Wagnerian sides (and this without an ounce of a synth on the horizon). Goliard is pure Black Metal, in all the nob
Enregistrer un commentaire
EN SAVOIR PLUS
Autres articles