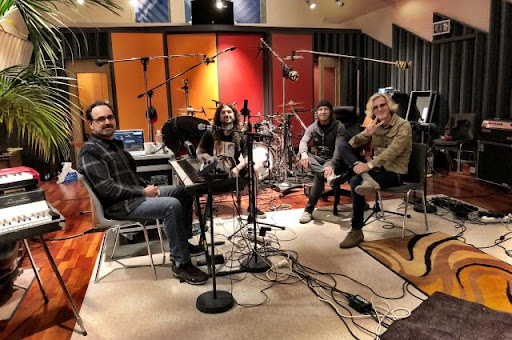 Yes, it is an honour to be able to exchange with a legend like Pete Trewawas (member of Marillion and bassist of Transatlantic) to evoke the new album of this supergroup of progressive rock composed, or Pete, no less than Mike Portnoy (ex-Dream Theater and 666 million collaborations), Roine Stolt (Mr Flower Kings, whose interview can be read on the Scribe) and Neal Morse, a giant of US prog, notably with Spock's Beard and with a more than brilliant solo career. Since 2000, these giants of prog that are Transatlantic never stagnated, and never did the same album twice. It is this time with their most ambitious project, the simultaneous release of an album in two totally different versions, one long and the other shorter, and reworked and re-recorded tracks that they come back to us. Pete comes back for us on the genesis of this completely crazy project which gives us two works of art at the same time distinct and intimately linked. Prog lovers, don't miss it! The Scribe Hello Tr
Enregistrer un commentaire
EN SAVOIR PLUS
Autres articles