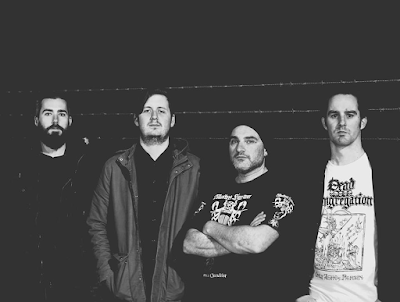 Invicta by Rituals INTERVIEW WITH JED (guitars) "Rituals ? Fast Heavy riffs !" Hello to you! Rituals is a melodic Death Metal band coming from Melbourne...can you tell us a bit more about the origins of your band ?  It began with Joel and myself (Jed) wanting to work on some music together. We originally were thinking about something a bit more modern and progressive but we both really enjoy fast, heavy riffs so we decided to go for a more melodic death metal sound. Once we had written a few songs, we put an ad up for the rest of the members and found Pierre who fit the bass role and also brought vocals along too and a previous drummer.  You've just released "Invicta", a two-track single! It's the big comeback of short formats! Can you tell us about these two tracks ? Are they the precursors of an album ?  We wanted to release something to lead up to a future LP and "Insect" and "Oracle" were two strong songs from our live playlis
Enregistrer un commentaire
EN SAVOIR PLUS
Autres articles