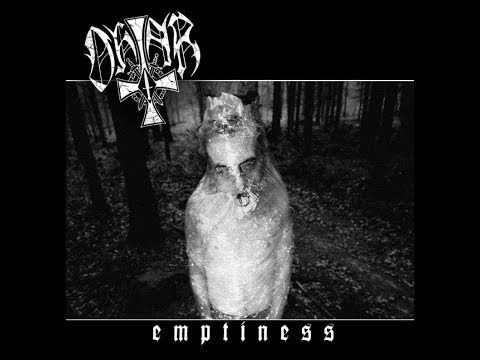 OHTAR - EMPTINESS (2019 LSS) An historical band, Ohtar have been speaking loudly since 1996 (yes!). Rather melodic and bewitching, the band's Black Metal is steeped in melancholy and darkness, even in this absolutely inhuman song that comes out of the glottis of a certain Necro (well known to Polish Black Metal fans because of his many projects and bands). Of course the band also likes to evoke hatred and defend radical ideals, to say the least, but it does so on a rather slow musical fabric, sometimes close to some Capricornus tracks or even, blasphemy supreme, to a DSBM atmosphere. The tracks are long, stretched, carried by series of inspired and engaging riffs. As the listens went by, we thought that Ohtar, if they hadn't made this choice of radicalism, could probably have become a fairly well-known band in Black Metal, but they preferred the shadows and the bad guys, tirelessly carrying their cross (the one you want) against all business and cont
EN SAVOIR PLUS
Autres articles