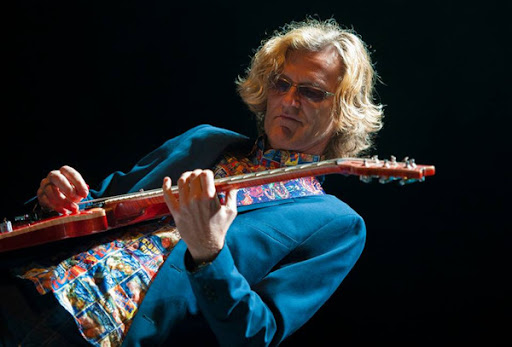 I must have had a narcotic surge when I started this interview with Roine Stolt, the thought leader of the Swedish progressive rock band The Flower Kings, because I told him that the band was releasing their eighteenth album. As he pointed out to me in a gentlemanly way it was maybe a bit much (lol). So Islands is the 14th album of the Swedish disciples of Emerson Lake and Palmer, Yes, King Crimson and crazy in love with the Beatles...Which is already a lot when you know the tendency of the band to release double albums ! Interview with Roine, via skype ! You've just released your 18th album with the Flower Kings if my calculations are right. So what does this new baby have more than the previous ones for you? I have to be honest, 18 sounds a lot to me, maybe depending on if add live stuff , then maybe you're right. If I think only about studio records, probably 12 or 13, something like that. Well, the album's  topic came about partly because of the situation as it is now.
Enregistrer un commentaire
EN SAVOIR PLUS
Autres articles