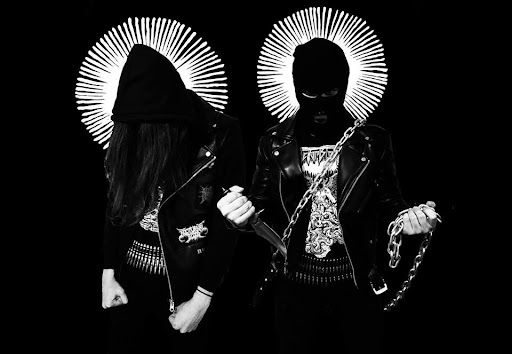 Cornered by Subduer When it comes to sound assault, Subduer is there: a group of sound terrorists mixing the most bestial War Metal and the most abrasive Power Electronics! These gentlemen don't want us to be good, but we like it! BRING THE NOISE! . You have brought together two ultimate genres of the most extreme music: War Metal and Power Electronics. We think of Tetragrammacid or Kapala. Which groups have influenced you the most? Do you consider yourself sound terrorists?    I was inspired by War-metal acts such as Revenge and Teitanblood, by oldschool extreme Bands like Sadistik Exekution and Morbid Angel, but of course also by the mighty Tetragrammacide! Do you think we can always go further in the extreme? I am thinking, for example, of Whitehouse and their paedophile or Nazi texts and their live shows that made the audience deaf? Do you think you are always going furt
EN SAVOIR PLUS
Autres articles