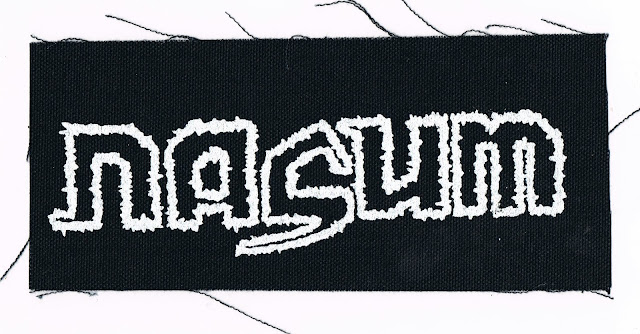 Interview With NASUM Grindcore Legends ENGLISH ORIGINAL VERSION/VERSION FRANÇAISE  When it comes to talk about big Grindcore bands from the 90's and early 00's you cannot not think of Nasum. The Swedish band was a huge phenomenon back then and are still in all "modern Grincore" fans memories. Anders Jakobson, founder and guitarist of the band, did agree to talk about the story of that legendary band, the tragic accident that ended their activities and Grindcore in general I thank him again to have take time to give us detailed answers. This is a piece of Grindcore history... Nasum was created in 1992 in Örebro, Sweden by you,  Anders Jakobson (guitar) and Rickard Alriksson (drums/vocals) first as a side project to death metal band Necrony. So you came from death metal, what is the moment and the facts that brings you to grindcore?  As many other kids of the 70’s I was raised on hardrock and heavy metal, and always looking for harder and more extreme
Enregistrer un commentaire
EN SAVOIR PLUS
Autres articles